In Odisha Buddhist Temples and stone arts are present in various locations along with that the wildlife of Odisha is very vast. Buddhist sculptures and wild animals both are viewed in forests, so it’s best to book a Buddhist & Wildlife Tour In Odisha combo pack, in which tourist allowed to explore both Buddhist arts & Wildlife Tour in Odisha at a time.

Arrival at Bhubaneswar and our Representative will Pick you and transfer to Hotel. Full day city tour of Bhubaneswar covering Temples (Parasurameswar Temple, Mukteswar Temple Complex, Rajarani Temple, Brahmeswar Temple and Lingaraj Temple complex from outside as non Hindus are not allowed inside the temple),Odisha State Museum And 2nd-century BC Khandagiri and udayagiri Caves dedicated to Jainism. Dinner and Overnight at Bhubaneswar Hotel.

On this day after Breakfast, take an excursion to Dhauli, famous for Ashokan Rock Edicts and the place where the famous Kalinga War took place. It is the sufferings that the war caused that made Ashok turn to Buddhism and spread its message of peace throughout Asia. Visit the Peace Pagoda and the town of Pipili where craftspeople do exquisite applique work. Marvel at the Sun Temple at Konark, a part of the UNESCO World Heritage List. Return to hotel in Bhubaneswar for dinner and overnight stay.

After breakfast drive 105km to Chilika Lake, Asia's largest brackish water lake spread over 1100 sq km and home to thousands of birds. The hills around the lake are inhabited by wild animals such as porcupines, cheetahs, deer and blackbuck. Cruise along by motorboat visiting some of the islands found on the lake. Return to the hotel in Bhubaneswar for dinner and overnight stay.

After breakfast embark an excursion to Nandankanan Zoological Park. The zoo is located in the breathtaking environs of Chandaka Forests and Kanjia Lake and is spread over 30 sq km, consisting of habitats for the white tiger, reptiles, rare birds as well as other animals. The zoo has successfully bred black panthers, white tigers and crocodiles. Take a one-hour safari in the park and later on return to the hotel in Bhubaneswar for dinner and overnight stay.

After Breakfast, Take a full day tour to Bhitarkanika National Park(132 Km approx from Bhubaneswar) . The park comprises a group of islands in northeastern Odisha and boasts of lushgreen mangroves with Thousands of migratory birds, turtles, crocodiles and other wildlife. Carry a packed lunch on a 4-hour motorboat to Ekkakula - an island in the Bay of Bengal. Look out for wildboars, hyenas, jackals and dolphins and visit the Oilve Ridley Turtle nesting site on the beach at Garhimata. See the stunning sunset before returning to Bhubaneswar for dinner and overnight.

Take a full-day tour to Kayam Hill Buddhist Cave and Langudi Giri excavation sites that hold the remains of several 2500-year-old monasteries, stupas and Mahayanic edifices. Return to Bhubaneswar for dinner. Your tour will end in Bhubaneswar after dinner and we will drop you off at your hotel and Also Arranged For transfer to Airport for Return Journey. 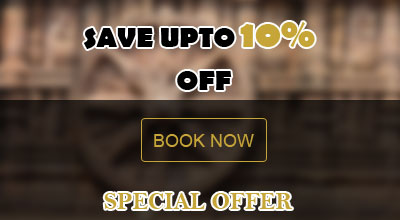